Kathryn Bigelow sees her film “Detroit” as an opportunity to start a conversation that she says is long overdue.

The explosive film deals with the incident at the Algiers Motel during the 1967 Detroit uprising. Three black men were left dead after a long, violent interrogation by several police officers. All the officers tried for the deaths were found not guilty. The parallels to today — in the cases of Michael Brown, Philando Castile, Eric Garner and others — are obvious.

“I think the movie speaks to the necessity for a dialogue,” says Bigelow, on the phone Friday from New York. “That’s what we’re seeing time after time, certainly in the last decade or two, that this is not an isolated event. The necessity for a conversation is now, and this has to change. And that’s not about Detroit, that’s about this country.”

Bigelow, who won an Academy Award for directing 2008’s “The Hurt Locker,” brings her signature intensity to the film, which will have its glitzy world premiere at Detroit’s Fox Theatre on Tuesday, ahead of its limited July 28 opening (it opens everywhere Aug. 4). On the phone she’s warm and thoughtful, and speaks with the sharp intellect of a college professor. 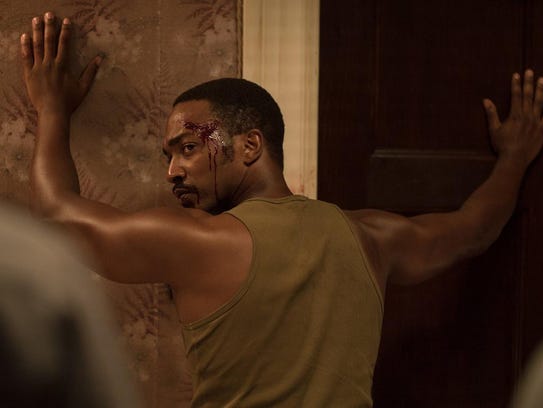 In 1967, Bigelow was a teenager in Southern California, several worlds away from the uprising in Detroit. But protesting the Vietnam War gave her a window into rebellion and the power of a collective voice, which she applies to the Detroit rioters.

“I think one thing that resonated with me was the idea that a riot is the language of the unheard. They were heard,” says Bigelow, 65, partially quoting Martin Luther King Jr. “Their anger was an extraordinary opportunity to express the inequity they were experiencing.”

Though she was aware of the Detroit violence, Bigelow had not heard of the Algiers incident before taking on “Detroit.” She teamed with writer Mark Boal, her partner on both “The Hurt Locker” and “Zero Dark Thirty,” who authored the gritty screenplay.

The film looks at the Algiers incident from a socio-historical perspective, puts it in the context of the Detroit riots (the film opens with an explainer on the history of racial segregation in American cities), and then telescopes it down to individual characters, and finally a single character.

“Detroit” has a young cast that includes John Boyega of “Star Wars” as a security guard who winds up at the Algiers, Will Poulter (“We’re the Millers”) as a crooked cop and Saginaw native Algee Smith, playing a singer for Detroit R&B group the Dramatics who winds up inside the Algiers.

The scenes inside the Algiers, which make up the bulk of the film, are claustrophobic and suffocating, and Bigelow says those scenes, which were shot over the course of a few weeks, were extremely hard on the cast and crew.

“It was difficult for everybody,” she says. “I tried to keep the pace extremely accelerated so that we could get through it as efficiently and as quickly as we could. I kept it in motion, yet I was very acutely aware of the emotional and psychological toll it may or may not be taking at any given time. I would break and discuss it, but tried to get through it so it wouldn’t linger any more than it had to in order to complete the narrative.”

Bigelow scouted locations, conducted interviews with the film’s subjects and did extensive pre-production of the film in Detroit. She was dead-set on shooting it in the city, but ultimately filmed in the Boston area after Michigan’s film incentives program dried up in 2015.

“I really wanted to shoot in Detroit, I can’t stress that enough,” says Bigelow. (A small portion of scenes were filmed in the city.) Tax breaks in Massachusetts were significant enough to warrant a shift in production. “That was a painful decision,” Bigelow says. “Staying in Detroit would have been ideal.”

So bringing the film to Detroit for this week’s premiere marks a homecoming of sorts for the project, and Bigelow, Boal and most of the film’s cast is expected to walk the red carpet Tuesday at the Fox. Cast members are scheduled to make several appearances around the city on Sunday and Monday.

Bigelow — whose films includes the vampire noir “Near Dark,” the virtual reality head trip “Strange Days” and the Zen bro surfing epic “Point Break” — is eager to find out what Detroiters think about the film, but is quick to point out the film’s universality doesn’t tie it specifically to Detroit.

“I hope people can extrapolate this isn’t an isolated event relegated only to Detroit. That’s critical,” she says. “It’s an indictment against the lack of conversation about race in this country. I hope it’s perceived in a way that we can all grow from and not look at it like it’s specific to Detroit. That would be missing the entire story.”